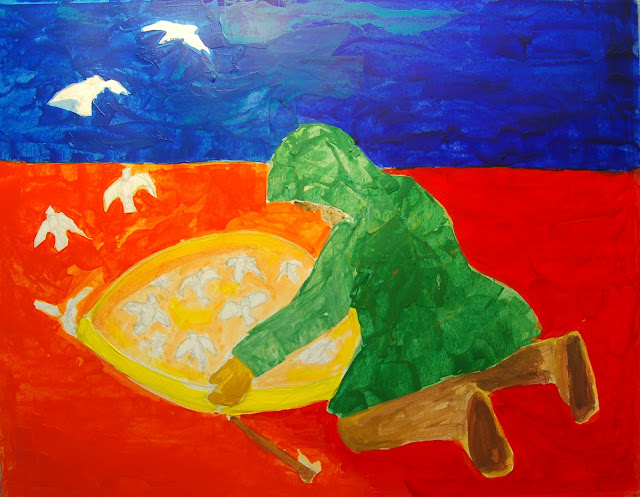 The birds escape from the trap.  But some are caught in it. The fortunate ones escape to freedom and Life.
The bait stick lying beside the trap has served it's purpose - called the 'scandallon" - the hunter puts the bait on this stick. As the bait is taken the trap is activated.

According to John Bevere, who wrote the book "The Bait of Satan" the Greek word for temptation or offence is "scandalon". So, the bait of the evil one is to pull us into his captivity.

When we take offence and do not forgive we activate the trap. The more we keep justifying the offence, by how badly we were treated, the more difficult it is to forgive.  I have to pray to God saying I forgive "so and so" as an act of my will. Further, I turn my back on this unforgiving attitude and forgive as I would want Him to forgive me!  I pray for the persons who offended me, asking God to bless them. In this way the offence is released and I am free.

So the choice is not too difficult, is it?
Posted by BERTRAM POOLE at 5:07:00 PM