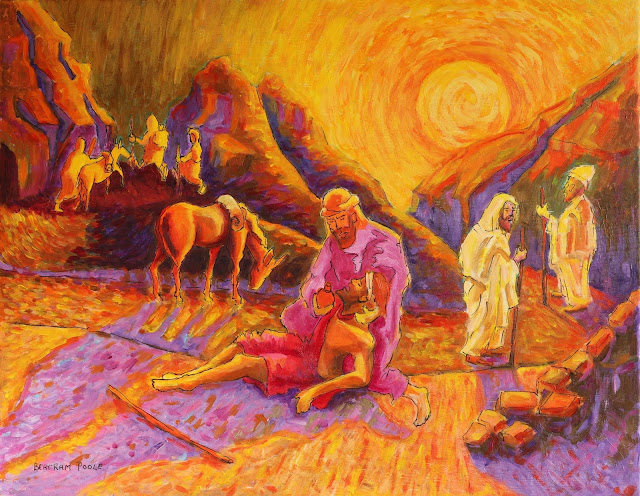 The artwork shows the Robbers heading for the pass as the Priest and Levite pass by and ignore injured man.  However the Samaritan helps the wounded traveler.

Luke 10:30+ Amplified Bible:
30 Jesus replied, “A man was going down from Jerusalem to Jericho, and he encountered robbers, who stripped him of his clothes [and belongings], beat him, and went their way [unconcerned], leaving him half dead.

33 But a Samaritan (foreigner), who was traveling, came upon him; and when he saw him, he was deeply moved with compassion [for him], 34 and went to him and bandaged up his wounds, pouring oil and wine on them [to sooth and disinfect the injuries]; and he put him on his own pack-animal, and brought him to an inn and took care of him."